How An Animal Sanctuary Saved 2/3 Of Their Funding 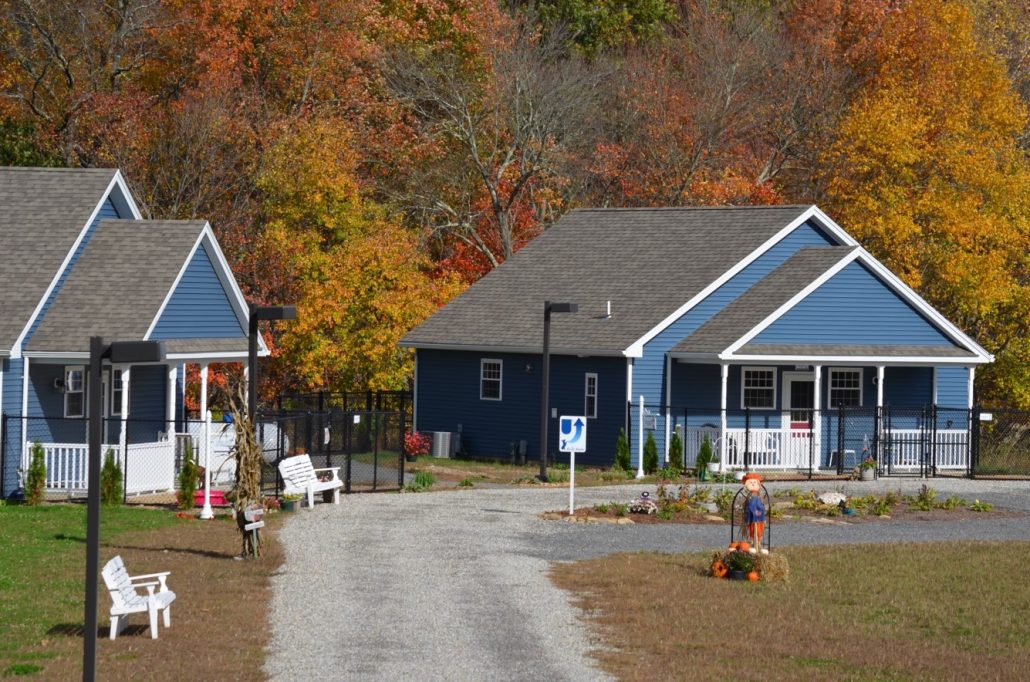 Every year, Susan Linker and her team at Our Companions Animal Sanctuary put on an annual fundraising gala, and with COVID-19 there were concerns that this wasn’t going to happen.

Linker then wondered how she could put together something that would even be close to a substitute. Would people come? What would it look like?

Normally, this type of gathering, a thank-you event for what they call their Leadership Donors is held in person. The gala would often be held at a local restaurant or country club and would feature food, wine, and a presentation.

Linker then sat down with Chris Meacham from Now IT Works – an IT company from East Hampton to discuss what her options were.

Meacham then walked Linker through a few options and wanted to understand what the purpose of this was- who was the audience, what did they want to portray, and how to do this if it were in person. After getting a lot of information and an understanding of what Linker wanted to create, Meacham came up with a plan.

Meacham came up with the plan to bring in a tv studio – or at least one that he uses.

A camera, green screen, microphone, and lighting, along with the webinar platform Zoom, and a coaching of the team on how to make a good presentation was given.

There were multiple “dress rehearsals” that were required to make sure the fine tuning was perfected and on the day of the event “magic happened,” as Meacham called it.

The 57-minute webinar took place with over 100 viewers from around the country. While many of the donors are from Connecticut, there are some that are out as far as Virginia, who don’t always have the capacity to travel to Connecticut for the annual fundraiser.

With this webinar, it served as an update on how the investments are being used on the animals. This also serves as the biggest donation time of the year and the one where Linker counts on for major funding. The webinar was a combination of a live update from key staff people, some pre-recorded videos from staff, and a tour of the Ashford location.

“At this point of the year is when we make the most of our donations. It’s in the last quarter that we get about two-thirds of our funding,” said Linker.

With COVID, doing any kind of fundraising has been near impossible and getting donations to help keep up with day-to-day functions can be quite tough during this pandemic. Linker counts on this annual gala and with the pandemic, she wasn’t sure what would happen.

When the event was finished, Linker and her husband Mitch came up to Meacham and thanked him as they believed the event was a success. They presented their praise even before they gave each other a high five.

“I am so grateful for the coaching and instruction on how to create a positive engagement,” said Linker.

Although the webinar was a total success, Linker was a little nervous. “I’ve never done a Zoom webinar before, and our concern was that most people have Zoom and wanted to use something familiar,” said Linker.

Her biggest challenge was figuring everything out and that it was live. She was worried that something would go wrong, but with the support of Meacham, things went smoothly.

The donors expressed how pleased they were with the event afterwards. Meacham recalls a donor in tears describing her experience.

When asked if Linker will do this next year, she said it is definitely something she would like to do in addition to the in-person gala. “However, I don’t see things going back to normal next year,” Linker added.

Meacham described his experience as positive and said that Our Companions did a tremendous job. He said that Linker and the team were great and natural throughout the whole event.

Now IT Works has been supporting the business technology at Our Companions for the past 10 years. Meacham and Linker started working together when the sanctuary was working out of Susan’s house.

“With the addition of the sanctuary, seven cottages, and all of the technology that connects the buildings to the animals, I have truly enjoyed working with Susan Linker and the team at Our Companions,” said Meacham.

For volunteer Jane Hewitt, she unfortunately didn’t get to attend the webinar. Hewitt has been a volunteer at the sanctuary since 2013. She joined up a volunteer about two weeks after retiring from her job. “I just love what they do with the dogs,” said Hewitt.

Hewitt thinks that what the sanctuary does with the funds to rehabilitate these animals is amazing and that the donor base has been a great help. She also recalls in her seven years, the amount of sick and injured animals that comes through.

The story of Our Companions Animal Sanctuary is one that is very ambitious.

It was in 2002, that the dream of building an ambitious animal sanctuary on the East Coast became a reality for Linker and Joyner. They had established plans for Our Companions Animal Rescue and Sanctuary.

The women who are animal activists and volunteers over the years, knew that the traditional animal shelter just wasn’t working. Many shelters around the country have a kill policy even when they claim, “no kill.”

However, Linker and Joyner wanted to create a safe place for animals of all kinds. It was during a dog training class one day that Joyner overheard someone talking about a welfare association that had just been given a parcel of land.

Devising a plan to win this parcel of land, Linker and Joyner laid out the vision for the captivating animal sanctuary and were awarded the 43 acres of land. This would serve the purpose of building Connecticut’s first animal sanctuary, rehabilitation, and adoption center.

The sanctuary provides a home-like environment for the community’s most vulnerable animal (those who are older, traumatized, abused, or neglected). The sanctuary helps these animals by providing a home for them to that is conductive to a longer-term stay that provides the comforting environment.

To learn more about Our Companions Animal Sanctuary, you can visit them on their website at: https://www.ourcompanions.org/

To learn more about Now IT Works, you can visit them on their website at: www.nowitworks.com