Why Most Job Interviews Are A Waste of Time, And How To Fix It

The hiring process hasn’t changed much in the past 100 years, especially in the IT strategy field. A job is posted. An applicant expresses interest. An interview is conducted. And, for the right candidate, an offer is extended.

Is this one of those situations where you don’t try to fix it if it isn’t broken?

Not necessarily. Maybe the process has been broken all along.

In the list of steps, a few were skipped. Like all the time it takes to go through the resumes and applications, only to find those you deem suitable to bring in for an interview. And all the interviews it takes to find the right candidate. Wouldn’t it be great if you didn’t have to search through haystack after haystack looking for that one perfect needle?

This is especially true in today’s economic climate, where the unemployment rate is at an all-time low. In many cities, the number of available jobs outnumber the number of individuals who are looking for jobs. Some cities, like Houston, for example, are looking to bring in new residents to help fill vacancies at thousands of companies within the city. It might sound trite, but making sure you are hiring the best talent has become akin to a war with your competition and every other company out there. Making sure you are attracting the right talent and then convincing them that you are the best fit for them has never been more important. There are just too many opportunities out there for people who are not happy where they are working.

And everyone usually wants to fill the new spot right away. The hiring process today can take weeks — or longer — at some companies. That is productivity left on the table. That is money not made. When a vacancy has been identified, it’s important to move fast. For your sake and to show candidates how serious you are about them.

One often overlooked component of hiring a candidate is the budget that is allocated for that process. Have you considered which job boards or sites the opening will be posted on? How much is that going to cost? Because the job market has become so competitive, it has become slightly cheaper to advertise openings, but keeping a budget for this is an important part of the process. You should also be tracking how many qualified candidates came in from each source you used to post the ad. This will help you the next time you have another opening to fill and want to use the sites or boards that supplied the best candidates.

You also need to make sure you sell the candidate on your position. And that starts with your job ad. The ad has to be more than just a list of duties or tasks that the successful candidate will need to perform. The job ad has to sell your company and your culture. It has to be creative and stand out and share details about the culture and why the company is such a great place to work. If you’re stuck, you can talk about the training, the development and the opportunities that the successful candidate will have to grow at your company.

When reviewing applications, it can be helpful to compare a resume to someone’s LinkedIn profile. This is an easy way to see if there are any differences and anything that maybe the candidate is looking to hide or downplay as they seek a job at your company.

So, that leads the question: What is the cost of that lost time? Have you ever added it up? Especially when you consider the second and third interviews that invariably follow?

Process and automation are your friend in the hiring process, just as in IT.

The hiring process is incredibly inefficient because spend too much time standing on ceremony.

Finally, the process of finding candidates should be ongoing. You shouldn’t wait until you need to hire someone before you start looking to hire someone. You’ll never know who you’re missing out on if you wait until it’s too late. 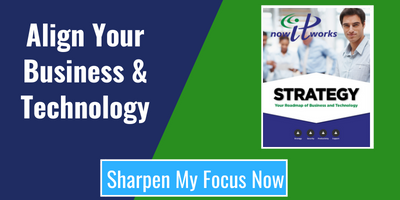